Twitter is an online social media platform where users can share information with either a small circle of people or a broad audience. Users post short messages commonly known as tweets, and each tweet cannot exceed 140 characters. This often results in users utilizing acronyms, slang terms, and shortened phrases in their posts. It is exactly the character limit that differentiates Twitter from other social networking sites like Facebook. Because there is a character limit, users get straight to the point. 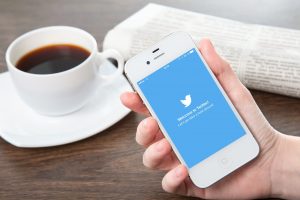 Celebrities, whether male or female or actors or singers, like to use Twitter as their primary social networking platform. They use this to keep their fans updated. Celebrities tend to like to keep their profiles public because they see Twitter as a way for them to communicate with their fans. Twitter allows them to keep their fans updated with what is happening in their lives, as well as interact with them. Some celebrities like to announce via Twitter that they will be having follow sprees in which they follow the fans that are following them. Typically they will have a set date and time for this. On that time fans will try to tag them in tweets to get the celebrity to notice and follow them.

Some people say that Twitter is overrated because it is primarily used by celebrities to communicate with their fans. This may be true, but that does not make it overrated. It is a legitimately good method of communication for celebrities and their fans. Fans can keep up with what celebrities are doing through the updates they post themselves in real time, instead of reading some outdated news about them elsewhere.

Because so many celebrities and big name people use Twitter to keep their fan updated, it has become increasingly popular over the years. Celebrities have a lot of followers. This means more people will make accounts to see what the celebrities are posting and to interact with them. Although social media platforms may not seem that important on the surface, they actually are of great significance in Internet marketing. Companies who are successful recognize the profound impact social media has on Internet marketing today and have well-managed social media accounts. Topco Marketing offers strong social media services, so they can help you manage all of your social media accounts well.