What are mobile apps?

A mobile app is a type of software program that is designed to be used on all kinds of smart phones and tablets. Since smart phones have become so popular over the past decade, so have mobile apps. In fact, research shows that about half of Internet users are accessing it through a mobile device.

This really shows how far smart phones have come. When they first came out a while back not many people had them. However, now it seems like everyone is engaged in their smart phones and technology. People are also becoming more reliant and attached to their smart phones. Before the invention of smart phones, people just had cell phones. Now, however, there are apps for playing games, listening to music, reading books, shopping, social media, and so much more. 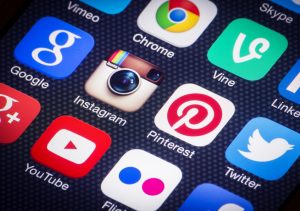 Mobile apps have become so popular that basically everyone who has smart phones uses them. Social media apps like Instagram and Twitter are among the most popular mobile apps. Smart phones have a store that you can access on the device that allows you to either purchase the app or download it for free. iPhone and iPad owners can use the App store to get their apps and Android owners can use the Google Play store. There are a lot of free apps out there, but some do cost money. Typically the mobile apps do not cost more than a few dollars, but they will cost more or less depending on what apps they are.

Smart phones smaller computers that you can easily take with you everywhere you go. Smart phones have completely transformed the way we receive technology. About 50% of users who go on websites access them from a smart phone. That is why companies need to have a webpage that works well on a smart phone, so that they can interact with their target audience.