Snapchat Taking Over Social Media On The Internet

The Rise of Snapchat

Snapchat is the latest craze in social media! In fact, it was one of the most downloaded social media app in the US in 2014. Its recipe for success stems from marketing principles and strategies. For one thing, it differentiates itself from other apps. Differentiation is an important factor in having a competitive advantage. Being different strengthens a brand. True enough, Facebook attempted to buy this product for more than a billion dollars but failed to close the deal. With Snapchat, friends can send each other photos and videos with a restricted time limit of up to 10 seconds then it disappears—something that has never been done by other famous apps like Facebook and Instagram. In addition, what sets it apart from other apps is the Snapcash where you can send money to your friend who has the app.

The app is a great alternative for online advertising techniques such as Google advertising. This storytelling tactic creates a more focused campaign eliminating all the possible clutter especially in a fast-paced society such as Los Angeles, where people are bombarded with numerous advertising—from traditional to Internet marketing—hoping that marketing companies will attract a fraction of their attention span.

Leveraging Insights On The Younger Generation 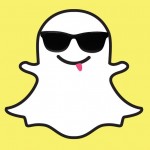 The younger generation is not that excited about the current social media sites such as Facebook. They also leveraged the idea that photo sharing will always be part of our lives. The creators wanted to impart to us that not all photos are worth remembering. They also took into consideration the safety and privacy of the users. Snapchat posts are not as damaging as those on Facebook and Twitter because they disappear. Those insights posed an opportunity for them to create something that will fill in the want of the younger generation.

Surprisingly, not only the younger generation downloaded it, but also people above 25 years old really are into this new social media app. You have 10 seconds to get the message across with a photo before it vanishes. You can only view it. And if it is worth saving, you can take a screenshot of it.

With this app, the company can have a social graph about friendship dynamics—from sharing photos and videos to lending and borrowing money. This has opened up many possibilities for social media marketing. For instance, the Snapchat Story allows companies to post a photo or video that can last up to 24 hours. With Snapchat, target segments are already pre-defined. Internet marketing companies in Los Angeles such as Topco Marketing are ecstatic about this app. That’s because it offers another type of service for meaningful advertising campaigns. All it takes is up to 10 seconds of persuading potential consumers if a product is worth their attention or not.